Best Answer for “Reasons for Leaving a Job”

Life happens and many times, we have to move on to different work environments. However, employers tend to ask this one common question, “What are your reasons for leaving your job?”

While you want to be honest, not in all circumstances it is advised that you be entirely honest.

You must weigh the pros and cons of giving a particular response. Else, your prospective employer will derive an unfavorable conclusion about your character. They often fear that you might be irresponsible or lack loyalty.

That is why it is important to go into an interview with a prepared response.

Continue reading the article as we explore some great answers. But first, let us review some of the top reasons why people leave their jobs.

Quick Navigation
Why Do People Leave their Jobs?
Burn Out
Workplace Harassment
Sexual Harassment
No Benefits
Poor Salary
Relocating
The Best Answers for the Question “What are Your Reasons for Leaving Your Job?”
Most Workers Have Upwardly Mobile Career Aspirations

Why Do People Leave their Jobs?

Human beings tend to be progressive. Most are ambitious and want a change in their present realities, if it is not meeting their expectations. For others, they are faced with mistreatment and harassment, so common sense dictates that they leave.

Changing jobs is one of those big life decisions that must be considered carefully. However, it is for good reason that someone generally moves on to a different organization.

Here are a number of the top reasons why people leave their jobs.

There are those employers who push their team until they are burnt out mentally, physically and psychologically.

Giving an employee more than they can handle, because they seem overly capable, is never a good idea. Many people eventually think about leaving their job when they are overwhelmed and not fulfilled in their present capacity.

According to Forbes, “Burnout and employee development are near the top of the retention list. Employees who felt chronically overworked - tired and burned out - were "31% more likely to think about looking for a new job than their colleagues who feel comfortable with their workload."

The workplace can be like a battlefield sometimes, and in order to sustain your peace of mind, you pack your bags and find a work environment that is less hostile and less stressful.

This is perfectly fine. Many people do not leave their jobs because of the work, but because of the people, especially their bosses and direct supervisors. A few years ago, the movie Horrible Boss was released, and many of us, were nodding our heads as we watched, because it was art-imitating life.

Workplace harassment has always been a common occurrence, but now with the #MeToo movement, a spotlight is cast upon this harsh reality in all its phases.

Three quarters of the actual incidents are not reported and for those who bravely come forward, 75% of them receive negative backlash. Because of this, many of these victims move on to a different work environment, where they are treated with some semblance of respect.

According to the U.S. Equal Employment Movement, “Sexual harassment is a form of sex discrimination that violates Title VII of the Civil Rights Act of 1964.”

“Unwelcome sexual advances, requests for sexual favors, and other verbal or physical conduct of a sexual nature constitute sexual harassment when this conduct explicitly or implicitly affects an individual's employment, unreasonably interferes with an individual's work performance or creates an intimidating, hostile or offensive work environment.”

Sexual harassment is the scourge of the working world. But, it is so adept at hiding in plain sight. Not to mention, it is tolerated because many fear the consequences of speaking out. And those who perpetrate these activities are often in a position of power.

Fortune, in covering the genesis of the #MeToo movement, disclosed on their site “More than half of all American women—54% … or 33 million U.S. women have been sexually harassed—and 14 million sexually abused—in work-related episodes. Yet nearly all women—95%—report that male perpetrators of such abuse usually go unpunished.”

We all get sick at some point or another and it is essential that we have access to proper health care. However, that can be placed in jeopardy, if we do not have health insurance coverage. Most employers provide this benefit, however meager it might be at times.

But in some job categories, it is not offered, especially if you are part time or a contract worker.

In order to take care of themselves, many employees will leave a job position and pursue another so that they receive better benefits. This not only includes health care, but compassionate, vacation and sick days as well.

The stakes get even higher when you have a family to look after and you do not want your children to suffer unnecessarily. New parents are most aware of this because newborns and toddlers have a weaker immune system. As such, they tend to look at making big changes in their work life to have access to better healthcare.

When asked, this is one of the most common reasons that people give, for why they are leaving their jobs.

With rising inflation, expanding responsibilities and an overall desire for a better quality of life, people tend to want a higher salary. As we get older and become more aware of what we can accomplish or attain, we understand that the best way to get what we want is with more money.

In high school, we were more inclined to settle with starter jobs that paid pennies compared to more established people. As recent college graduates, we had to settle also for lesser salaries given to people with little or no work experience.

However, after a few years, our ambitions prod us to aspire for greater things in life.

Not to mention, our more basic urges to live in a better house, drive a better car and expand our capacity to pay for what we want.

When employers are not willing to compensate employees or give them raises based on their job performance, years of experience or capabilities, then most employees will go elsewhere to attain what they value most.

Married people are all too familiar with this reason. It is a common occurrence, especially if you are married to a spouse that gets transferred a lot.

This is typically true of people in the military, navy, air force and other areas of the armed forces.

Spouses of professional athletes, especially basketball, baseball, football and soccer players always have part of their lives packed up in anticipation of the next team transfer.

Unless you are a work from home person, stay at home dad or mom, this can disrupt your life schedule. As such, you will always be leaving your job, with this reason in your pocket.

The Best Answers for the Question “What are Your Reasons for Leaving Your Job?” 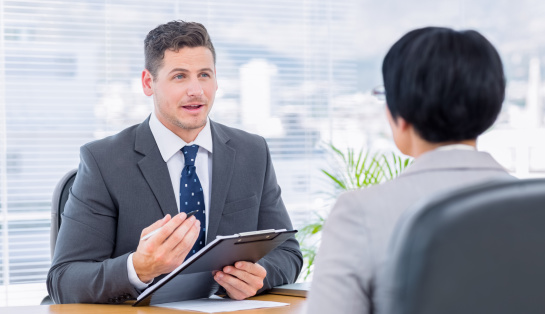 There are innumerable reasons why people often want to leave their job and work somewhere else. These explanations, as indicated above, range from the professional to personal.

If you are asked, “What are Your Reasons for Leaving Your Job?” in an interview, here are some good answers that are acceptable to employers.

At some point, you will have the desire to move on to greener pastures and this is perfectly acceptable. Millions of people, transition to new job posts with different companies or internally, because they want more.

But, when you get into the interview session, in order to facilitate that transition, you must adequately answer one of the most asked questions, “Why do you want to leave your job?” or “Why did you leave your job?” Employers are aware that this is a way of life, but they are testing you for loyalty and other factors that will make you less of a threat to their business objectives.

So try to provide an answer that will assuage their fears and make them view you as being above reproach.

This site uses Akismet to reduce spam. Learn how your comment data is processed.